Founded in 1888, Katz’s Deli is widely considered to be the best in the city, and the lines reflect it too. At its peak, you could be waiting 90 minutes to get a table, then there’s another line to pay once you’re done.

It’s also where several iconic movie scenes were shot, and the wait is worth it for a pastrami sandwich so good that you’ll… well… I’ll have what she’s having.

But wait! To get your hands on the OG cronut you’ve got to line up for hours, and Dominique Ansel Bakery only sells about 300 a day, so you’ve got to get in early or you’ll definitely miss out. Still, the cronut wait seems like nothing when you learn it takes three days to make one. Three days! Totally worth it.

What’s the big deal, eh? There’s pizza on every street corner in New York—why are we all lining up for this? Pizza is pizza! Right? 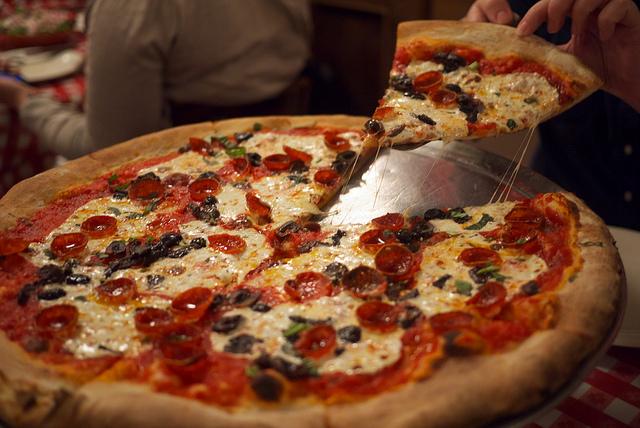 Trust me, the hottest food trend is cookie dough. No, I’m not making this up, it’s true! People will line up for hours to eat this special cookie dough which is guaranteed not to make you sick.

What? You didn’t know regular cookie dough has raw eggs in it? I bet you’ve been eating it out of those tubes you get at the supermarket. Ya nasty. Smarten up and stop gambling with your health for the sake of dessert—or line up. Besides, not only is this cookie dough the safest, it’s reportedly the best.

Reportedly the best ramen in the city—with a line to match. They’ve just opened two new locations but it looks like they’re just as popular.

No, they don’t take phone reservations, and no, they won’t let you order to go. The line can take over an hour, so this is far from fast food. But it’s so good, so filling and so worth it.

Job Type: Part-time Location: Boston, USA Who we are: Placer is an online errand and delivery platform headquartered in Melbourne, Australia with operations in the United States of America. It develops, markets and operates the Placer mobile application, which...

Oh, hi there early-adopters! Today marks the release of a game-changing update that will change the way you use Placer app 😱 From time extensions to asking a Placer to buy a product on your behalf to requesting a table reservation at your favourite restaurant on a...

Job Type: Full-time Location: Various (Asia only) Who we are: Placer is a brand new line-app that connects users to line-sitters (Placers) on demand. Users pay Placers to reserve their spot in line and switch places on completion. Currently operating in New York City,...